Åland’s government gave in March 2012 the committee “Transition Åland” the commission to prepare a proposal for a long-term strategy for a transition of the Åland society. The strategy should include clear sustainability goals, suggestions for actions, and a suggested timetable for Åland to become a sustainable society. The committee has now published a report on how Åland intends to become a model region for sustainable development. The report and the plans it contains, are based on the use of the Framework for Strategic Sustainable Development (FSSD) that Blekinge Institute of Technology (BTH) is leading the development of in an international scientific process. The Natural Step (TNS), an advisory organization that educates and guides organizations in the use of this methodology has been the committee’s support for the work with the vision and the initial planning. TNS also had two half-day workshops with the government and the parliament of Åland. Representatives of Åland have emphasized the importance of continued cooperation with TNS and BTH in this work.

– We have worked a lot with Åland, including their agricultural development. That is particularly interesting since we are now also working with the Finnish government’s scientific agency for agriculture (MTT). Synergy opportunities are close at hand, says Karl-Henrik Robèrt, professor of strategic sustainable development at BTH and founder of TNS.

Among other things, the committee suggests in the report that: 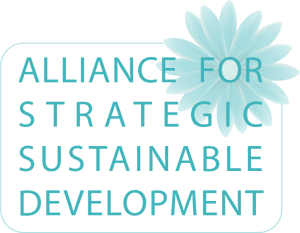